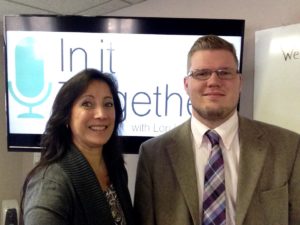 On today’s Justice For All Josh and Lori talked about some education bills and the bureaucracy of appointed officials. Josh shared how he doesn’t think appointments should happen. The conversation continued about the Constitution being the foundation of government decisions, and how there isn’t always accountability.  They discussed how the current “System” of government doesn’t always uphold the “Constitution”.

The recent hearing about Free Speech on campuses came up, and Josh shared how UNH came out against it. Students being kicked out of class or being arrested has become a problem. UNH’s argument was that there might be safety concerns. Understandable, in light of recent anarchist’s riots, and the inability for some people to know the difference between those and peaceful protests that result in destruction of property.

They continued with the Frank Edelblut being a candidate for the Education Commissioner appointment, and shared why they thought his qualifications would be beneficial. Finally, the talked about Presidential Executive Orders throughout history, and how current long-standing issues have been polarized in recent years. Listen in and hear more about it!

Bringing out the best in people to influence positive change!.